History of the U3A

History of the U3A 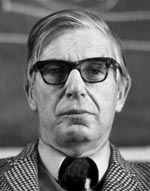 The U3A (University of the Third Age) movement began in France in the mid-seventies when a committee of retired people negotiated the use of universities for the use of facilities and tuition. Peter Laslett was instrumental in expanding on this French idea internationally under the assumption that it should be possible to form a local U3A anywhere there was a sufficient number of like-minded people, that the curriculum should be as broad as possible and that it should be managed by the people themselves. The international version of U3A was born.

U3A uses the term “University” in its original sense as a community of those who come together to seek knowledge and to gain a greater understanding of life. This differs from today’s more recognised use, which implies set admissions standards, lectures, examinations, qualifications and degrees. In deference to the New Zealand Qualifications Authority, here in New Zealand we use the term U3A rather than the full title.

U3A is a response to the idea that human life is divided into three periods. The term “third age” means “no longer in full-time employment”. It does not refer to a specific numerical age, though most members are in the senior age bracket. It is during retirement that we are able to do these things for which we had neither the time nor the opportunity earlier in life. The third age is seen as an important opportunity for listening, learning, understanding and sharing.

“An active mind will delay the on-set of degenerative brain conditions by five years: learning a foreign language delays the on-set by ten years”